Few other places in the world offer such a diversity of diving experiences as Sulawesi. With four official marine parks - Bunaken, Wakatobi, Taka Bone Rate and Kepulauan Togean - and other renowned destinations such as the Lembeh Strait and Bangka, diving travellers can explore crystal clear waters, drift over pristine reefs, explore plunging drop-offs or search for critters on black sand slopes - all in a single day. And with the well-established tourism industry in and around North Sulawesi and in the south, guests are spoilt for choice with a range of beautiful resorts to choose from. It is easy to understand why Sulawesi continues to draw visitors from around the world - all intent on discovering their very own magical Sulawesi experience.

Best time to visit: Year round, best from March to June 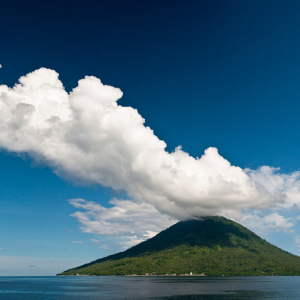 The star-shaped landmass of Sulawesi is located in central Indonesia, due east of Borneo. Formerly known as Celebes, Sulawesi is the world’s eleventh largest island covering an area of around 180,000 km2 and lies at the heart of Wallacea, Indonesia’s geographical melting pot where species from Asia and Australasia meet. Sulawesi’s mountainous interior is dominated by volcanoes in the north along the Minahasa peninsula and karst landscapes in much of the south, creating a spectacular mix of landscapes that invite exploration.

In addition to its well-known and spectacular diving, traveller’s to Sulawesi can explore Sulawesi’s rich cultures - in particular those found in and around Tana Toraja and Minahasa. The highlands of Tana Toraja offer an exciting mix of culture and nature, ranging from hiking and white water rafting to visiting traditional villages - home to the Torajan people and the site of spectacular (and rather gruesome) ancient burial grounds and rituals. Located in central Sulawesi, trips to Torajaland generally originate from Makassar in the south.  Less intense, but equally interesting are the Minahasa tribes in the Tomohon area in Northern Sulawesi. Guests can witness typical Minahasan dances, and sample the fiercely hot Minahasan food. The area surrounding Tomohon is also great for nature/hiking enthusiasts.

The range of incredible diving experiences in Sulawesi reflects the range of different habitats that can be found around this huge island. From dramatic walls and current-swept pinnacles, to sheltered bays, mangroves and atolls, Sulawesi has it all and easily justifies its reputation as offering some of the best diving in Indonesia.

Starting in the north, the islands and reefs of the famous Bunaken Marine Park have been attracting divers from around the world for decades, all drawn to the beautiful corals, deep walls, plentiful marine life and stunning topside scenery. Divers can explore over 50 sites featuring everything from ripping current dives with schools of fish, to shallow coral gardens and steep vertical walls - all filled with the prolific marine life that has made the park so famous. Bunaken is especially well known for its large population of resident turtles, the whales and dolphins that are often seen from the surface and the amazing range of macro life that can be found on the reef. Sites along the mainland coast also offer some exceptional muck diving on black sand slopes and seagrass plains - a great counterpoint to a morning spent exploring the beautiful reefs out in the park.

At the northern tip of Sulawesi are a small group of islands including Bangka, Gangga and Talisei. As well as having some of the prettiest beaches in north Sulawesi, these islands are home to a number of resorts that offer access to some fantastic local diving. The sites around these islands are quite different to the walls and reefs of Bunaken and feature jagged reefs and pinnacles covered in spectacularly-coloured soft corals, all swept by the strong currents that pass through the islands. Huge schools of snappers and fusiliers are common here and there is an amazing diversity of macro subjects hidden amongst the reefs. Dugongs are also sighted on a regular basis around these islands.

On the east coast of North Sulawesi is the famous Lembeh Strait, home to some of the best muck diving on the planet and a mecca for divers passionate about diversity and unusual species of critters. The strait lies between the mainland and the island of Lembeh and its small sheltered bays and the nutrient-rich currents that flow in from outside have created the perfect combination of conditions for an amazing concentration and proliferation of weird and wonderful species unlike anywhere else in the world. Lembeh is home to 8 species of frogfish, different pygmy seahorses, wonderpus, mimic and blue ringed octopus, Rhinopias, Ambon scorpionfish, flamboyant cuttlefish and an ever increasing number of different nudibranch and crustacean species. Visitors to the Lembeh Strait have an amazing opportunity to witness extraordinary behaviour unfold in-front of them as these different animals feed, mate and reproduce.

Further south the huge equatorial gulf known as Teluk Tomini - Tomini Bay - separates the northern and central parts of Sulawesi. This deepwater bay has some interesting diving on fringing reefs and pinnacles along the Gorontalo coast in the north. Divers also have a very good chance of diving with whale sharks that congregate around fishing platforms in the area. In the centre of Tomini Bay are the Togian Islands, a collection of over 30 islands surrounded by coral reefs. These stunning islands offer some exciting diving on amazing walls, fantastic reefs and even a plane wreck, and are home to Bajau Laut ‘sea gypsies’ that have settled around the islands.

Diving in South Sulawesi is focused on the Wakatobi National Park - a marine protected area that extends over a collection of reefs and islands off the southwest coast. The area takes its name from the four largest islands - Wangi-Wangi, Kaledupa, Tomia and Binongko - which together with over one hundred other islands and numerous reefs form Indonesia’s largest barrier reef structure. Wakatobi is famous for is beautiful reefs and glorious visibility, as well as exceptional fish and coral diversity.

Sulawesi has two international airports - at Makassar in the south and Manado in the north. Makassar is a major flight hub within Indonesia and is well connected to places such as Jakarta, Denpasar and Surabaya, as well as cities and islands further east including Ambon and Sorong in West Papua. In fact, any diver traveling in Indonesia will almost certainly pass through Makassar at some point on their travels! Guests can also fly in from Kuala Lumpur and Singapore whilst Manado has flights from Singapore. Beyond the Indonesian national carrier, Garuda, many different airlines serve Sulawesi including low-cost carriers such as Air Asia, Lion and others.

Divers heading to Wakatobi Resort can fly direct from Bali on a special charter service set up by the resort.

International guests arriving from outside SE Asia can now get a free Visa On Arrival (VOA) when they land in Makassar or Manado.  These are valid for 30 days.

Like much of Indonesia, the weather in Sulawesi is dominated by two distinct seasons but given the size of the island, it is not surprising that there are some local variations. Around Manado and the Bunaken National Park, the wet season runs from November to April - typical for Indonesia - and because the islands are sheltered by the rest of Sulawesi, Bunaken can be dived year round. The dry season runs from May to October, but there is always some rain at any time of year. Air temperatures vary between 30C on the coast and a nice cool 23-24C up in the mountainous interior - a refreshing change! Water temperatures vary between 26 - 29C and visibility is normally at its best early in the dry season.

Gangga and Bangka in the north have similar weather to Manado with the best visibility from March to June before the windy summer months.

On the east coast at Lembeh, the wet season tends to be wetter and longer but given the nature of the diving in the area, some extra rain does not put anyone off!  Lembeh Island shelters the strait from any swell and so diving is year round, although some of the sites in the north and eastern side of Lembeh Island cannot be dived during the windy summer months. The water temperature is normally around 27 - 28C but can drop to 25C in July and August - which often means very good conditions and plenty of macro critters.

Gorontalo’s position near the open eastern side of Tomini Bay means the coast is exposed during the summer windy season and diving can be very difficult. As such the dive centres are open from November to April.

Further south around Wakatobi, the many reefs and islands provide shelter during the windy summer months and so the area can be dived year round. This part of Sulawesi is generally much drier than the rest of the island and Indonesia as a whole and what rain there is normally falls from November to May. Water temperatures vary from 26C in August, to 28 - 29C from October through to March or April. The visibility is often at its best in the summer months. Siladen Resort and Spa is Sulawesi’s premier dive resort, carefully designed to compliment the stunning island environment. The resort combines sophistication, luxury and fantastic service, with a commitment to conservation and social development. The result? A perfect dive experience at the heart o...

As Sulawesi's pioneering dive resort, Murex Manado provides an amazing dive experience at a fantastic price and is at the forefront of dive tourism in Sulawesi. The beautiful, friendly, family-run resort delivers outstanding personalised service and offers a unique opportunity to explore all that No...

Lembeh Resort is the strait’s premier resort, and one of only a few with a purpose-built ‘Photo Centre’. The resort’s constant drive to improve its services & facilities, coupled with beautiful grounds and buildings, encourages many visitors to return year after year. If you're looking for the perfe...

Situated on a palm-fringed, white sand beach, Murex Bangka is the perfect respite from the hustle and bustle of day-to-day life. Visit Bangka and Gangga’s unique dive sites, swim or snorkel in the crystal clear waters, and explore the very best North Sulawesi has to offer with additional trips to Ma...

4 nights and 10 dives - the perfect short break, with 3 dives a day and 1 extra sunset or night dive spent exploring the incredible dive sites of the Bunaken Marine Park. The package includes accommodation in a Garden View Villa, all meals and transfers from Manado airport. Upgrades to Beach View Villas, Luxury Villas and the Nusa Indah Villa for families are available. High season and single supplements are applicable. Guests can prebook any desired number of dives in advance and the use of Nitrox if suitably qualified.

Murex Resorts in partnership with Lembeh Resort offer guests the ultimate way to explore Sulawesi - the ‘Passport to Paradise’. Dive from 3 different resorts in Manado, Bangka and Lembeh and explore all that this extraordinary area has to offer. This package includes 13 nights accommodation, 30 dives and all transfers by boat. Upgrade to Deluxe Ocean View Cottages or Cliffside Suite at Lembeh Resort. Upgrade to nitrox fills throughout.