All four species are now listed as endangered and in West Malaysia in particular, there has been a severe decline in numbers of turtles. Throughout their lifecycle, these animals face a variety of threats include coastal development which can impact on their feeding areas and nesting beaches, marine debris, by-catch in commercial fisheries, climate change, egg harvesting, animal predation of the eggs and hatchlings, boat strikes and targeted poaching - especially of the hawksbill whose shell is used to make jewellery. Despite these problems, Sabah is still home to a large population of both green and hawksbill turtles and different conservation projects have helped to support these populations in the past. However, with continuous development and growing human populations, the problems faced by these charismatic animals continue to grow. Given how important turtles are to the tourist industry in Sabah, Scuba Junkie Mabul decided to takes matters into their own hands and set up the Mabul Turtle Hatchery in 2011 in collaboration with the Sabah Wildlife Department.

The project aims to increase the number of turtles in the Mabul area by protecting turtles at every possible opportunity - protecting nesting areas, protecting nesting turtles from disturbance and protecting the eggs during the important incubation process. From the very start, the project was designed to include the local villagers at every step of the process and ensure that they directly benefited from the presence of nesting turtles. The Mabul Turtle Hatchery programme aims to turn the local villagers into the rangers necessary to protect the turtles.

When a nesting turtle is first spotted by a member of the village, the inform a Wildlife Warden - a member of the village who has been trained by the hatchery project. These wardens then ensure the turtle is allowed to lay its eggs without being disturbed. After nesting is complete, the eggs are excavated by the warden and relocated to the protected hatchery, taking care to ensure the depth and position of the nest is carefully recorded, as well as the orientation of the eggs. This information is vital as the sex of turtle eggs is determined by the temperature at which they are incubated - below 29C the eggs hatch mostly as males, above 29C as females. By recording the position and depth of the original nest, and replicated that as close as possible in the new, relocated nest, the project helps to preserve a natural balance of the sexes in the future. To ensure that there is some incentive in protecting a nesting turtle, the villages are awarded RM1000 for every nest they report. This is more than 5 times the value of the eggs if they were collected and sold on the illegal black market.

As of the end of 2015, around 4,500 turtle hatchlings have been released from the hatchery, and the project continues to grow and expand every year. For instance, the hatchery project now has an ‘Adopt a turtle’ scheme, whereby tourists can pay RM100 to adopt an egg and help to make the project self sustaining. In return they get to witness the release of the hatchling and receive a t-shirt and certificate of adoption. 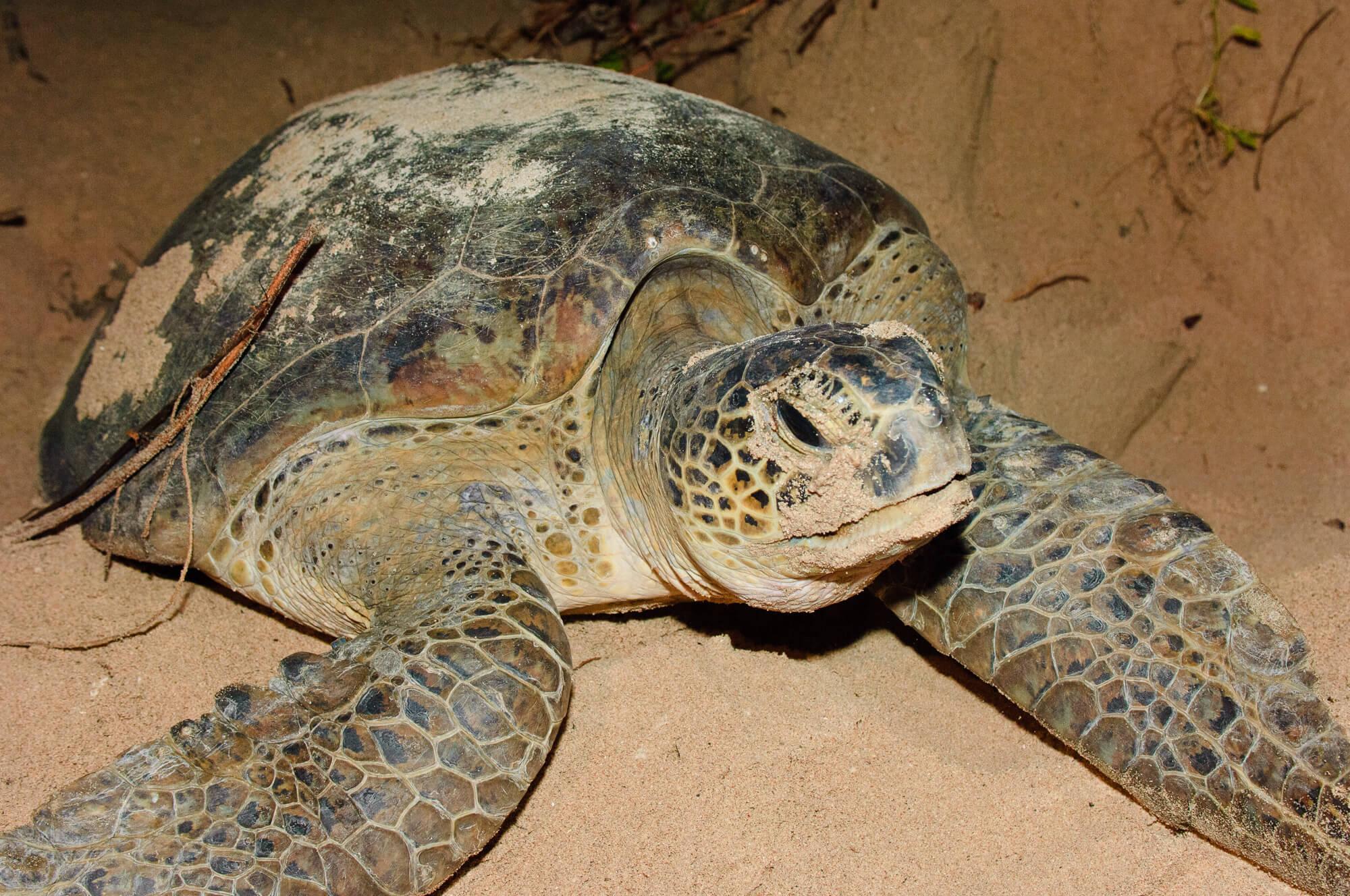 In 2014 Scuba Junkie Mabul held its first ‘Turtle Week’, a regular series of events held to raise awareness of turtle conservation issues at both a local and global level, as well as raise important funding for the hatchery project. During the week, guests and local villagers participate in beach and reef cleanups, education days with school children, presentations by scientists and photographers and competitions. The first event managed to raise RM7,500 in funds and it has now become a regular and very popular event.

During the May 2015 ‘Turtle Week’, the hatchery project launched the Mabul Beach Resort Sea Turtle Rehabilitation Centre, with facilities for the treatment of sick or injured turtles and a holding pen to allow turtles to recover before being released back into the wild. Before the centre opened, the nearest place with suitable facilities for injured turtles was near Kota Kinabalu on the west coast - a difficult and expensive journey for an injured turtle. Given the size and importance of the turtle population in the Semporna area, it was vital that a suitable place was created. Today, the centre is run by Scuba Junkie’s environmental team, who have been trained in care techniques, in collaboration with the Gaya Island Turtle Rehabilitation Unit, Sabah Wildlife Department and the University Malaysia Sabah. This team of dedicated staff, veterinarians and scientists ensure that any injured and sick turtles are given the best possible chance to recover.

The Mabul Turtle Hatchery and Rehabilitation Centre are vital and make significant contributions to the continued protection of Sabah’s incredible turtles. They are run as non-profits and support from tourists traveling to Sabah to dive with turtles is essential. If you would like to make a donation directly to one of these projects, please use the link below. Turtle Conservation - What you can do

As a diver and traveller YOU can make a difference and help to make the world a better place for turtles:

The best places to go diving with turtles in Asia

These charismatic animals can be found throughout the world’s temperate and tropical oceans. Here

​Much like most of the world, the human population in India remains on lockdown – and thousands

While humans might find the current situation frustrating and inconvenient, mother nature is using

World Turtle Day. How did you celebrate?

While most divers remain dry thanks to current restrictions, marine wildlife all over the world is